Vercel, Gatsby, and The Rise of The Front-End Developer (#16)

Vercel, Gatsby, and The Rise of The Front-End Developer

ZEIT announced a rebrand and a $21M funding round. Now Vercel, they're aiming to dominate front-end development. Gatsby launched Incremental Builds through Gatsby Cloud, reducing build times by 60x. Gatsby is clawing at the same market. What do both announcements have in common? The rise of JAMstack.

JAMstack (JavaScript, APIs, and Markup) is fundamentally reshaping the web. Coined by Netlify's co-founder, JAMstack bridges the gap between static and dynamic websites. Capitalize on static site performance, security, and scalability while still having dynamic data. While feasible at a small scale, this has seemed impossible for large applications––until now.

When dealing with 100,000 pages, full site rebuilds are a significant pain point. Reducing build times was Gatsby's most requested feature. After two years, it's finally here––but there's a catch. Incremental Builds, exclusively through Gatsby Cloud, require the Professional plan at $99/month. Next.js, made by Vercel, takes a different approach.

Next's Incremental Static Generation proposal is platform agnostic. The framework and implementation are 100% open-source. It seeks to solve the same problem as Gatsby, unlocking JAMstack for enterprise-level applications. Vercel profits by making it's deployment platform the ideal choice for Next.js.

Vercel is like AWS for front-end developers. With every backend need available as SaaS, front-end developers can own the entire stack and product experience––skip the boilerplate and focus on shipping. Many of the 350k Next.js developers (~30% of all React devs) will choose Vercel as their platform. What does this mean for the web?

The growth of Next.js, Gatsby, and the JAMstack is undeniably good for the web. Your customers want fast sites with no downtime. JAMstack unlocks this. So who will win, Gatsby or Vercel? Ideally, both.

I've also published a new video about static sites with Next.js 9.3 and Prisma. 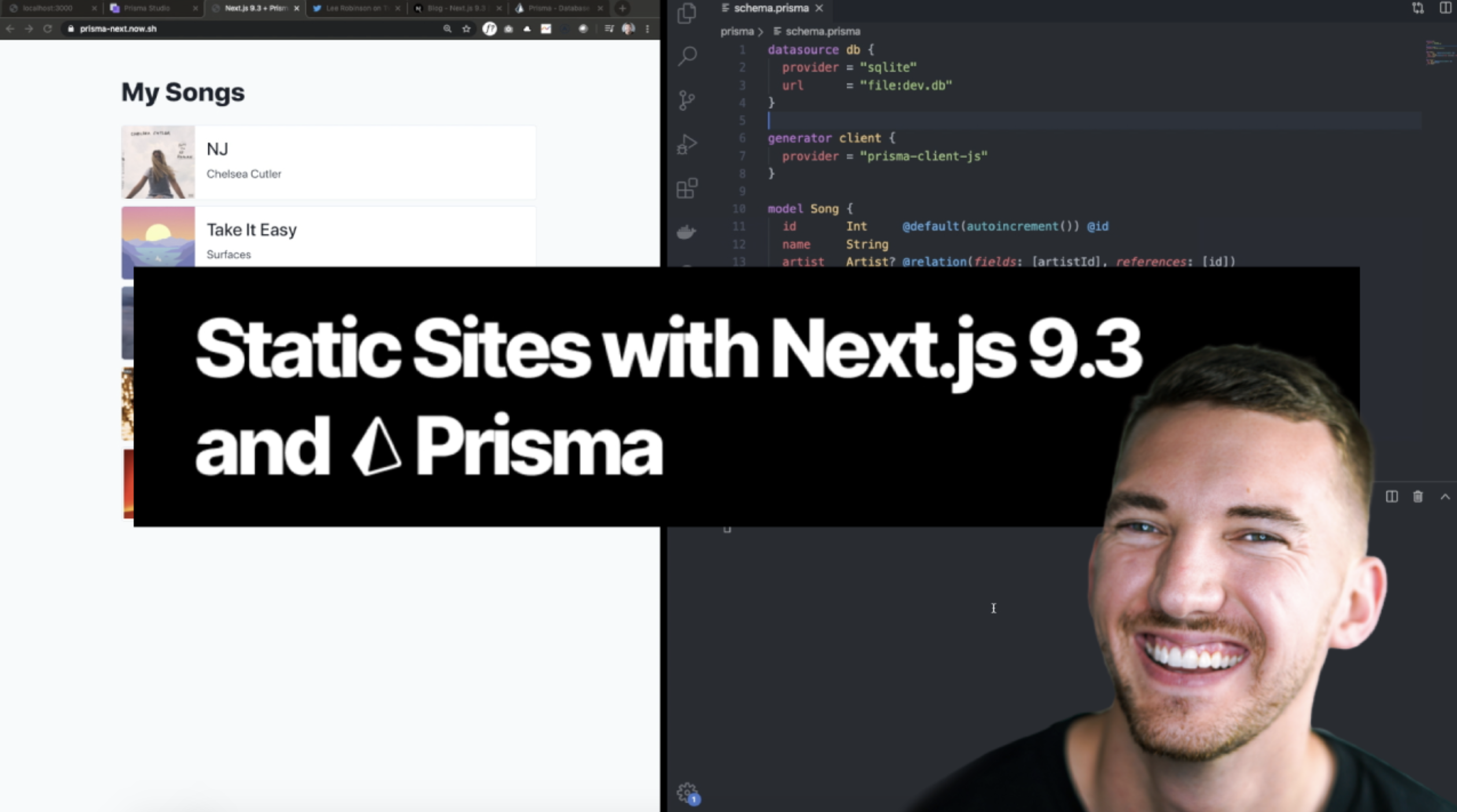 I’ll close this off with a reminder to hit reply and let me know what you think about any of this! I’d love to hear from you.

Get emails from me about web development, tech, and early access to new articles.